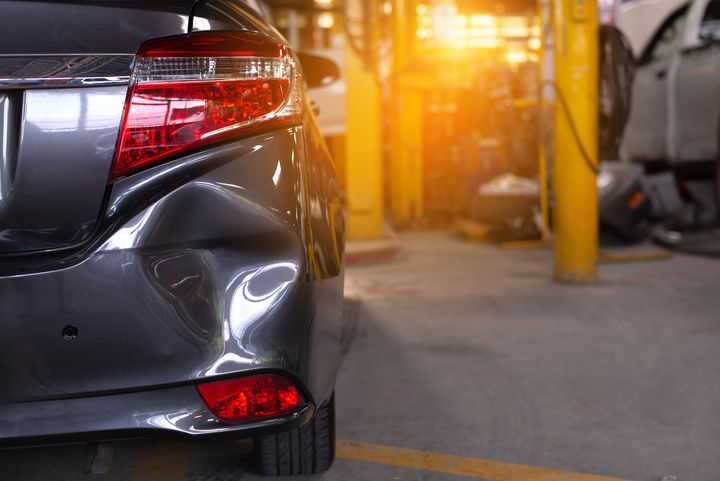 What is paintless dent removal?

PDR, also known as paintless dent removal, is a technique of repairing car dents by reshaping the vehicle's body panels. Paintless dent removal is a great alternative to traditional dent removal methods because it is cheaper and more efficient. At Spain's Service Center, our Quality technicians have a streamlined PDR process and use special tools to repair small dents. With paintless dent repair, the dented panel is pushed out and massaged from behind to restore its original shape without needing a paint finish or body filler. If you live in Milford Center, Ohio, Marysville, Ohio, Champaign/Union/Logan, Ohio, North Lewisburg, Ohio, West Liberty, Ohio or beyond, do not hesitate to come to Spain's Service Center in Champaign if you would like your minor dents repaired with PDR.

What are some causes of small dents?

There are several reasons that dents and dings can appear on your vehicle. Luckily, dents that occur from the following causes can most likely be repaired by paintless dent removal:

What kinds of dents can be repaired with paintless dent removal?

Paintless dent removal is great for removing a variety of dents, but there are some factors to consider to determine if PDR is right for your vehicle's dent. At Spain's Service Center in North Lewisburg, we can quickly assess if we can repair your dent with PDR and go over your options with you. We will never perform services without your consent.

Here are some factors to look out for to see if the dent can be repaired with paintless dent removal:

Your Reliable Shop for Dent Repair

Look no further than Spain's Service Center in Champaign to fulfill all your auto repair needs. We've been repairing vehicles since 1976 and our technicians can take care of your vehicle, any model and any make, including Honda, Toyota, Cadillac, and BMW. We are dedicated to providing top-notch customer experience and will make sure any dents on your vehicle are fixed as soon as possible. In addition to dent repair, we also specialize in other repair services such as Brake Repair and Engine Diagnostics. Reasons You Should Do Business With Us:

We have a review score of 100 based on reviews from 301 satisfied customers.